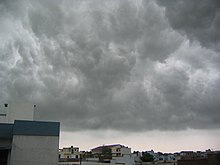 Uttar Pradesh has a humid subtropical climate and experiences four seasons. The winter in January and February is followed by summer between March and May and the monsoon season between June and September Summers are extreme with temperatures fluctuating anywhere between 0 °C and 50 °C in parts of the state. The Gangetic plain varies from semiarid to sub-humid. The mean annual rainfall ranges from 650 mm in the southwest corner of the state to 1000 mm in the eastern and southeastern parts of the state.Primarily a summer phenomenon, the Bay of Bengal branch of the Indian Monsoon is the major bearer of rain in most parts of state. It is the South-West Monsoon which brings most of the rain here, although rain due to the western disturbances and North-East Monsoon also contribute small quantities towards the overall precipitation of the state. 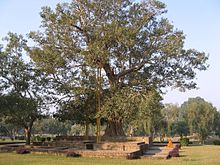 The rain in U.P. can vary from an annual average of 170 cm in hilly areas to 84 cm in Western U.P. Given the concentration of most of this rainfall in the 4 months of Monsoon period, excess rain can lead to floods and shortage to droughts. As such, these two phenomena, floods and droughts, commonly recur in the state. The climate of the Vindhya Range and plateau is subtropical with a mean annual rainfall between 1000 and 1200 mm, most of which comes during the monsoon.Typical summer months are from March to June, with maximum temperatures ranging from 30 to 38 °C (86 to 100 °F). There is low relative humidity of around 20% and dust-laden winds blow throughout the season. In summers, hot winds called loo blow all across Uttar Prad